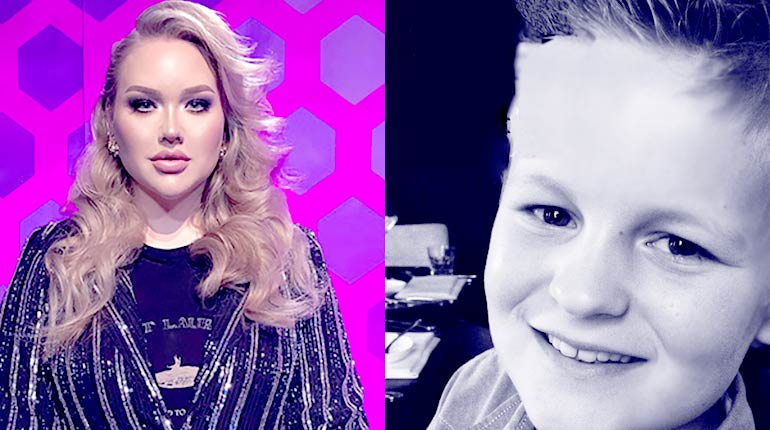 It has been over one year since Nikkie De Jager, a famous YouTuber/ makeup artist, took to Twitter to share some bad news. You could tell right off the bat that it had a different atmosphere from the rest of her inspirational videos.

On the one hand, most inspirational quotes talk about time healing all wounds but have it done much to help the young vlogger? Let’s find out together on her brother’s news.

De Jager doesn’t talk much about her family, but she had to for the sake of her brother, who couldn’t speak for himself anymore. His name was Mikai, and lymphatic cancer claimed his life back in May 2018 when he was young at the age of 13 years.

To those unaware, Lymphatic cancer is typical of attacking the immune system cells. As a result, it damages body organs such as the lymph nodes, spleen, thymus, bone marrow, and many more.

Initially, Mikai got his cancer diagnosis at the age of 11 and underwent vigorous chemotherapy sessions. The family rallied around him and even granted him his wish to vacation in Tenerife, Spain, for putting up such a brave battle.

to my biggest hero, Mikai. now you can finally rest ❤️ pic.twitter.com/Fp2JTzIrqk

Sadly, the cancer went to remission and reappeared two years later, post-diagnosis. This move prompted the family to get him back to chemo again until he couldn’t fight any longer. Nikkie’s brother’s light dimmed on May 24th, 2018, which she took to Twitter to share.

Mikai is Dancing with the Angels. How is Nikkie De Jager coping with his loss?

There truly is life after death, and it took Nikkie quite some time to figure out how she would face life. In the wake of Mikai’s passing, the YouTuber dedicated most of her videos with rainbow colors and primarily red, his brother’s favorite color.

Moreover, Mikai was her sister’s greatest fan and often enjoyed her makeup tutorial videos. Coping with his loss was such a blow that she often found it hard to develop creative content.

“Lately, and especially with everything that’s been happening in my personal life, things have been a little bit — and dare I say it — inspiration-less…”

She also quit her sessions of the Dutch program. Wie is de MoL in mourning his loss. Consequently, she resorted to diving into makeup therapy to channel her grief.

Lastly, she also climbed the Alpe D & #39 with the funds generated going straight to cancer research. May Mikai rest in peace.