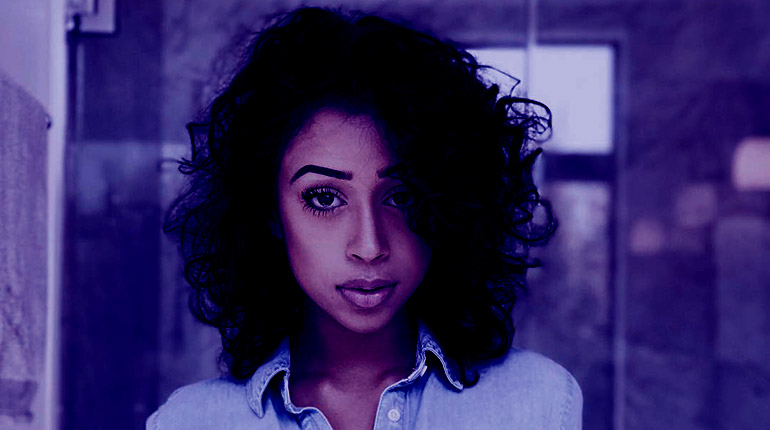 Liza Koshy is a young, bubbly American YouTube personality, Actress, Social media star, and Music.ly star. Liza is also a TV host best known for hosting shows like Every Single Step and Total request live on MTV. In addition to all these, Lisa is also an MTV’s content developer and producer. Before the closure of the Vine, she enjoyed 5million followers. Read this to know Liza Koshy Net Worth in 2019.

Her Youtube channel has over 10 million followers and 1.5 billion views. Her Instagram Handle @lizakoshy commands a following of over 9 million views.

Liza Koshy was born in Houston, Texas, the United States, on March 31, 1996, as Elizabeth “Liza” Shaila Koshy. Her father, Jose Koshy, is an Indian petroleum executive and her mother, Jean Carol Nee Hertzler, is a yoga instructor. The young lass is 22years, 11-month-old. Well, she is just some ten days shy of 23.

The talented young Youtuber is of mixed ethnicity (Indian Caucasian). She is of American Nationality. Her father, Jose Koshy, is an Indian of Brown Ethnicity, while her mother, Jean Carol Nee Hertzler, is an American of non-Hispanic white heritage.

Her mother, Jean Carol Nee Hertzler is an American of non-Hispanic white heritage; she is a yoga instructor. Liza is the last born in a family of three siblings who are all girls. She has two elder sisters, namely Olivia Koshy and Rachel Koshy. They all grew up together in their Houston home.

Liza Koshy was born Elizabeth ‘Liza’  Shaila Koshy on Mach 31, 1996, to an Indian father and Caucasian mother In Houston, Texas, USA. As a young girl in kindergarten, Lisa was enrolled in the dual-language educational and cultural program, which she took until grade 5 when she discovered that she could fluently speak Spanish.

She went to Lamar High School, where she graduated in 2013. While in senior high school, she discovered that she was a good dancer. She was so good at dancing that she was made the school’s dance group captain.

In 2014, exactly a year after graduating from senior high, Liza enrolled in Houston university and studied business marketing. A year later, in 2015, Liza left college and moved to Los Angeles to pursue her career.

Liza Koshy’s social media career is traced back to her high school days when she joined vines, a short video hosting video platform, where she posted short comic videos. Although she first joined vines because all her friends were downloading the app, it significantly contributed to the success of her career as it is the platform that made her famous. Before the extinction of vibe, Liza enjoyed a massive 5 million following.

In July 2015, Lisa started her youtube channel named “Liza Koshy.” There is no doubt that Lisa is a social media genius as she managed to gunner massive following on her social media handles.

Apart from being a Youtuber, Lisa is also an actress; she has appeared in various shows such as the Freakish series in 2016, where she played Violet Adams, Escapes the night as Explorer, Betch as Kim, and Boo! A media Halloween in 2016 as Aday.

Lisa Koshy from the American web series Escape the night

Lisa has never announced publicly whether she is dating or not, but word on the street has it that she is dating a fellow Youtuber, David Dobrick. The two are said to have started dating in 2015. David resides in Los Angeles, California, USA. The two lovers often appear in each other’s youtube videos.

How Tall Is Liza Koshy?

Liza is a very petite girl with an adorable figure. She stands at five feet, two inches tall, and weighs 54kgs. Her breast is 36, her waist is 26, and her hips 36.

She wears a size six dress, and her bra is 34B. She possesses gorgeous legs that look good in high heels. In short, we can say that Liza has a perfect body that she has maintained for a long time by observing what she eats and exercising.

There is no doubt that with all the activities Liza is involved in, she has amassed a desirable amount of wealth at such a young age. Being a Youtuber with over seven million subscribers, Liza must make a good amount of cash. She enjoyed over 5 million followers on Vine before its demise.

Liza works for MTV as a producer and content developer, where she also gets paid.

Liza is also an actress and a TV personality. She debuted her TV carrier in 2016 when she appeared in the Freakish series as Violet Adams. Her other TV shows include Escape the night, Betch, and Boo! A Madea Halloween

Not only is Liza a Youtuber and an actress, but she is also a TV host of various shows like Every single step, Nigel and Lythgoe’s series, and Total request lives on MTV. At the 2017 Golden Globes awards gathering, she hosted pre-shows that attracted 2.5 million live views on Twitter.

According to “Wetheunicorns,” Liza’s net worth was approximately $4.4million in 2019. Her fortunes are set to increase immensely due to how fast her career is rising, yet she is still very young. She is also set to host “Double Dare” by Nickelodeon. This will probably improve her earnings.

Liza’s youtube career dates back to 2015 when she created her first youtube channel. Before that, she had a vine account where she enjoyed a massive following of over 5million before the platform’s demise. She joined Vine while still in high school because all her friends were downloading the app. Liza Koshy used to post comedy videos, which made her very popular.

She got a chance to interview former us president Barrack Obama during the 2016 general election; this made her popularity on youtube grow faster; she currently enjoys over 7 million subscribers on her channel, with over 1.4 billion views. Liza has collaborated with various people in her videos, including  Barrack Obama, David Dobrick, Lily Sign, and The Gabbie Show.

Some of her most viewed videos include:

Liza has done well in her youtube career; she won the 2016’s category of Breakout creator in the Streamy Awards. She was nominated Youtuber of the year, Shorty Awards in 2017. Liza was also nominated for the Teen choice awards. She was the first media personnel to be interviewed  by Vogue Magazine’s ” 73 magazines.”

Liza is half Indian half Caucasian. Her father is an Indian, while her mother is Caucasian.

Liza is an American youtube personality, an actress, social media star, Music.ly star, producer, and a tv host. She is also a business Marketing graduate from the University of Houston.

How Much Does Liza Koshy Make Per Month?

From all the money-making activities that Liza is involved in, i.e., Being a Youtuber, hosting shows, working as a producer and content creator, and being a vine star, it’s approximate that she makes between$48k -$76.8k per month and $57.6k-$922k annually. The statistics used were taken between February 8 – February 21, 2019.

How Old Is Liza Koshy?