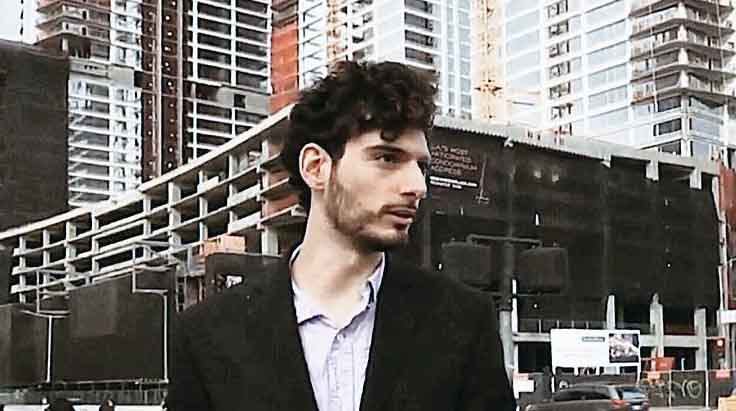 Ice Poseidon, aka Paul Denino, is an American social media personality. He is best known for his live streams. Back in 2015, he played ‘RuneScape,’ an online game he featured in one of his live streams. Despite being banned various times, the streamer did not discourage him.

He went from Twitch to YouTube, garnering more fame than before. Thousands of people watch his content. As you read by, you will get to know more about the streamer Ice Poseidon’s Net Worth, Age, Girlfriend, and Wiki.

Who is Ice Poseidon?

Paul Denino is a twenty-seven-year-old live streamer and gamer. He has been into gaming since he was young. He studied and graduated with an associate’s degree. However, while he was still figuring out what to do next in life, he took a job as a line cook.

After work, he would come home and post himself playing RuneScape. The Florida native made about $12 when he live-streamed.

As he started getting the hang of things in Twitch, his viewers started increasing, which made him more and more popular, and from $12, it went to $700.

Eventually, Ice Poseidon became a partner on the site, which enabled him to make $8,000. Ice had over 290,000 followers before he left Twitch.

Most of his viewers followed him to YouTube, where he continued with his streams. Up to date, he has over 741k subscribers and a total of 302 videos.

What happened to Ice Poseidon? Is he dead?

There have been rumors going on that Ice Poseidon is dead. That is false. Paul Denino is alive and kicking. In 2018, he carried out a publicity stunt, leaving his fans heartbroken after they thought he had died. (car accident, claimed that he was shot at)

Though some of his fans hated the trick the 27-year-old internet celebrity pulled, they were happy he was alive and well.

I’m ok, David is ok. Car has a leaking radiator so I had a viewer give me a ride to a nearby city to stay the night at a hotel. I’m not going live right now, but tomorrow I plan on going live. I’m sorry guys.

Ice Poseidon’s net worth is said to be about $200,000. Sources say that if he were still on twitch, he would have been making more. The streamer is a very talented person, and for sure, he would always find a way to keep entertaining his fans and gaining more and more viewers.

The American born streamer was sponsored by NRG Esports in 2019 and was earning $60,000 monthly. We could say that his primary source of income comes from his live streams. Having 750k subscribers in YouTube, it is safe to assume that he makes thousands of dollars yearly.

In 2018, he showed the media his earnings throughout the year. Ice had received $216k from donation revenue.

Famous people can be so secretive at times, most of the times. For the Florida-based streamer’s case, it’s quite confusing. He’s been rumored to be in a lot of relationships. Is he dating anyone at the moment? Is it Kimberly or Caroline?

Ice and Kimberly were still dating, though not many are IceKim fans. Some of the streamer’s friends think that Kimberly is just with Ice for fame and popularity.

Caroline and Ice used to date before. They had met online. Caroline Burt is an American female Dj who also appeared in Dash Dolls. The beautiful and young Dj is so well off that she even has her clothing line. Ice released a video of them breaking up, but it was said to only please the YouTuber’s fans as they were not supportive of Caroline.

Paul Denino is currently 27 years old. He was born on 29th September 1994, to Enzo and Michael Denino. There is no other information on his family.

Paul Denino was born in Stuart, Florida. Ice has not given many details about his family as he already had enough haters who make him be removed from a plane once.