Brian Awadis is a 26-year-old YouTube personality whose channel has gained massive popularity over the last few years. He regularly posts pranks and gaming videos, some of which have garnered over 10 million views. The focus of our review, however, is Faze Rug’s brother, Brandon Awadis.

Much like his younger brother, Brandon is also a YouTube content creator. His very first video was a commentary on a basketball game. Since then, he has gone on to venture into prank videos as well. Learn more about Brian Awadis’s Wiki-Bio in this extensive review.

Brandon Awadis burst onto the scene after his channel, ‘Brawadis’ amassed a large following. He first launched his channel back on April 3rd, 2015. This was three years after his brother, Faze Rug, had introduced his own vastly successful YouTube page.

Before he ventured out on his own, Brandon regularly featured on Faze Rug’s video. The two played pranks on unsuspecting fans and posted it on Faze Rug’s page.

Since Brandon started his channel, he has accumulated over 5.43 million subscribers. His videos focus on pranks, attempting challenges, reactions to events, and basketball. Brandon is particularly fond of the NBA, and it makes for the bulk of his content.

So far, his channel has 983,867,048 views. Brandon is also very popular on Instagram, where he has 1.8 million followers. The page gives you an insight into his love for basketball.

Brandon Awadis came into this world on June 23rd, 1995, in San Diego, California. At the point of writing, the YouTuber is 26 years old. His star sign is cancer.

The rising YouTuber, Brandon Awadis, is the son of Ron and Sana Awadis. His family has roots in the Middle East, as both of his parents are natives of Iraq. They later migrated to America. Brandon has one younger brother named Brian. He was born on November 21st, 1996, and is a year younger than Brandon. It is also prudent to note that Brian is more popular than his older brother. 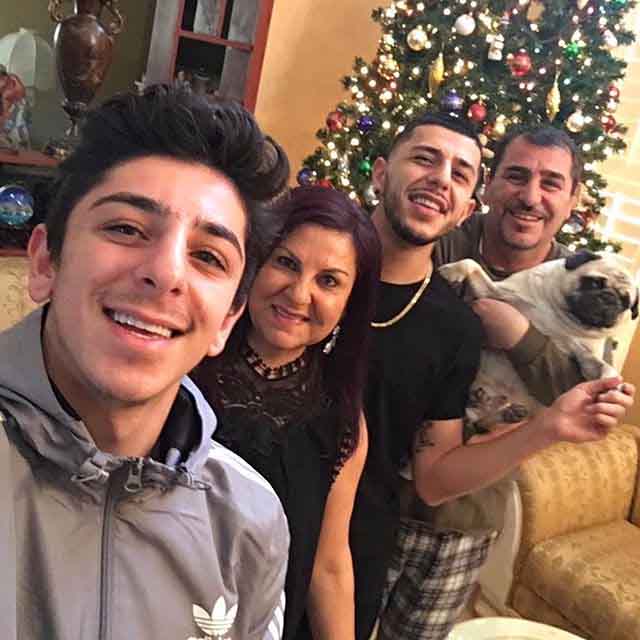