What is Wrong with Daddy Long Neck? Know about his Disease, Net Worth, Age, Wiki-Bio. 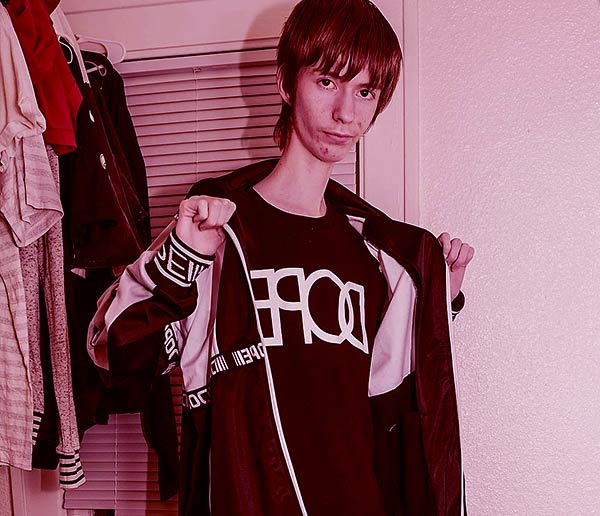 There are many ways of becoming a social media celebrity. Many have risen to fame by posting various content such as cover songs, sketch videos, food, travel, DIYs, short movies, dancing, experiments, and more.

American-born David Samuelson Jr, aka Daddy Long Neck, grabbed the people’s attention from his selfies and photos on his Instagram and Twitter. Others became famous through their physical appearance. Here’s everything we have on Daddy Long Neck’s net worth, age, wiki-bio, and info on his peculiar disease.

Who is Daddy Long Neck?

Within the first five months, he accumulated up to 1.2 million followers. Come 2019; the Instagram star amassed over 2 million fans followers worldwide. He likes using the catchphrase, “Respek The Neck.”

Before fame, Daddy Long Neck was an ordinary guy like any other person. After his dancing video went viral on a hip-hop website, he came to the public. The video was by YouTuber Michael McCrudden about his pre-internet fame life.

Since then, he has collaborated with many internet personalities. Instagram star Gucci berry posted a short clip on his social account with Samuelson riding on his back.

On November 24, 2018, Vlogger Supreme Patty uploaded a video on his Facebook with Samuelson and Supreme parodying a scene from the 1982 Sci-fi flick. As a result, it received more than 48k views in two weeks.

Other collaborations come back to when Long Neck met Wide Neck and even collaborated on a video while having fun in their way. He shared a video on his Twitter with the caption, “All Necks Matter.” Moreover, Charles Dion McDowell confronts Long Neck in the clip.

Aside from that, Daddy Long Neck appeared on an episode of Toshi on October 14, 2018.

This may come as a surprise, but Daddy Long Neck is perfectly healthy. However, he is so skinny and his neck so long that it grabbed everyone’s attention. Many people speculated that he could have been suffering from malnutrition.

As a result, he inquired about his condition to which the answer remained the same. He was bullied for having a long neck with Ostrich and Simpsons.

Regardless, the internet was sensation was born with Marfan syndrome,  a genetic disorder of the connective tissue. People with Marfan tend to be thin skinny with long necks, arms, fingers, legs, and toes.

As a result, he has dedicated most of his time and videos, creating awareness of his condition. He battles cyberbullying every day on his comment feed.

Other than that, he has not talked about any other disease he has had. Moreover, Youtuber’s mother and brother’s necks are regular, like others. He is the only person with a long neck in his family.

You might be wondering how much the social media influencer earns and what it takes to be a celebrity. Some top Vloggers make a lot of money from their posts and videos. Influential users on YouTube make an average yearly salary between $25,000to $750,000.

Likewise, the Instagram star also easily earns money by promoting a product’s brand and Twitter. His networth sits at $1 million. 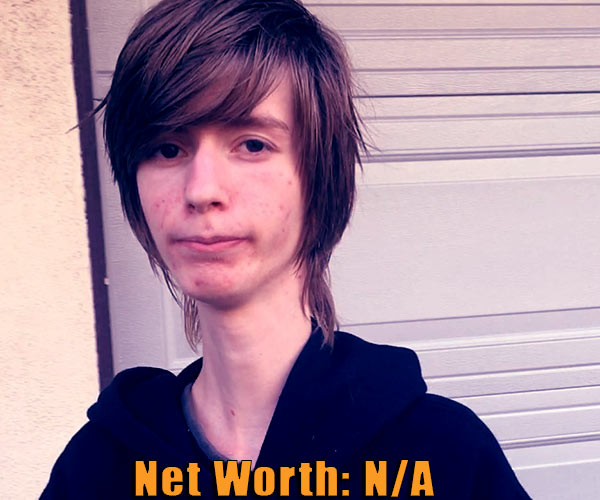 Right now, David Samuelson Jr., aka Daddy Long Neck’s net worth and salary, is under review. He makes his fortune from his online videos and posts his photos on known social sites.

Daddy Long Neck’s current relationship status is single, with no one special. If you check out his Instagram, the internet sensation posts numerous short videos and photos. Most of the girls lick his neck, which seems awkward.

He isn’t romantically involved with anyone we know of so far. If he had a girlfriend, then he wouldn’t do such things. Moreover, he has tattooed “Lick Here” on his chest.

How Old is Daddy Long Neck? His Age, Birth Date.

Nonetheless, Daddy Long Neck’s age is unknown to date. His birth date, year, and place are never mentioned on any social media sites. So it is pretty hard to know about his age. However, judging from his pictures on his IG, it seems like he is in his 20s.

No one knows what he did for a living before fame. Talking about his body, bust, waist, and hip details is also not available. From his pictures, we can assume that his waist size would be less than 20 inches.

Aside from that, his voice is unclear and sometimes tricky to understand when he speaks.

Daddy Long Neck was born to American parents in the USA. His real name is David Samuelson, Jr. However, he has not revealed his parents’ names to his fans. 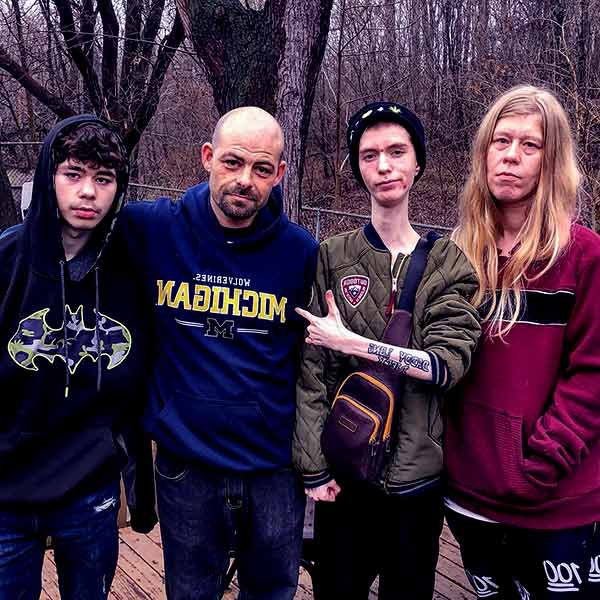 Daddy Long Neck with his family

Additionally, the Instagram star has a brother, but his name is not mentioned. Similarly, the details of his academic qualifications, including the name of school and college, are still under wraps.