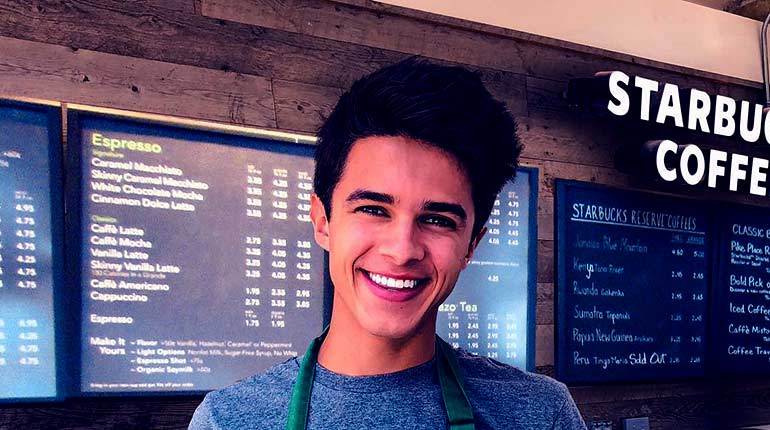 Brent Rivera shot to fame, posting his comedy sketches on various random topics on his YouTube channel called MrBrent98. Sometimes it’s good to have social media that connects us with new people friends over the globe.

But we need something extra that helps us discover our talents through social networking sites such as Facebook, Instagram, Tik Tok, and more. It is also great because it motivates other people to show off their skills to the world.

The young generation makes fame and fortune by sharing their day-to-day actives videos on their social accounts.

Similarly, the internet star makes big money from online videos, commercials, and other ventures. Brent Rivera has an estimated net worth of around $6 million. 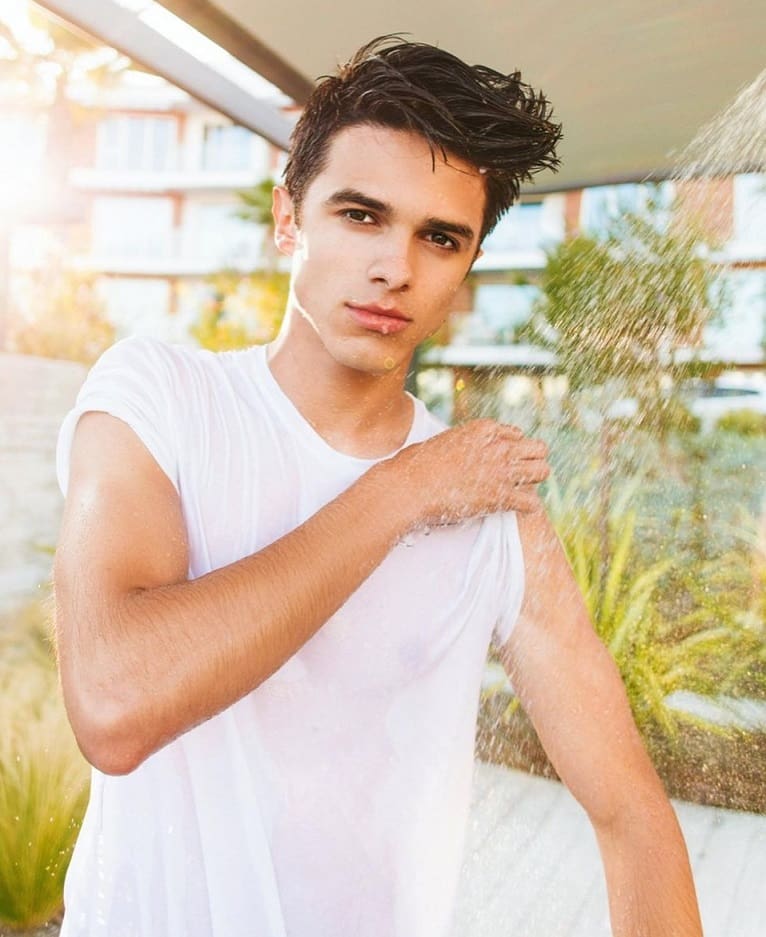 According to Social Blade, his monthly estimated earning is up to $409.7 K, and yearly earns almost $4.9M before tax.

Rivera generates $40oo approx per Instagram post. Furthermore, he earns extra wealth from his merchandise where he sells, such as hoodies, t-shirts, caps, and different accessories, which helps to increase Brent Rivera’s net worth.

In addition to his YouTube career, Rivera is also a singer and released his debut track ‘Doubt Your Doubts’ on iTunes and his channel. The second song ‘Skipping Christmas’ was dropped in 2017.

Brent Rivera currently resides with his family in California, USA. In one of his videos, his parents said that if he were born a girl, they would have named him Heather. The family is living a happy and healthy life. Brent and his family haven’t been involved in any controversies to date.

Many of his fans are interested to know about his dating affairs. Does he have a girlfriend, or is he still searching for his perfect match?

The answer is, Yes, he does, and his girlfriend is also a famous YouTuber. Currently, he is dating fellow YouTuber Pierson Wodzynski. 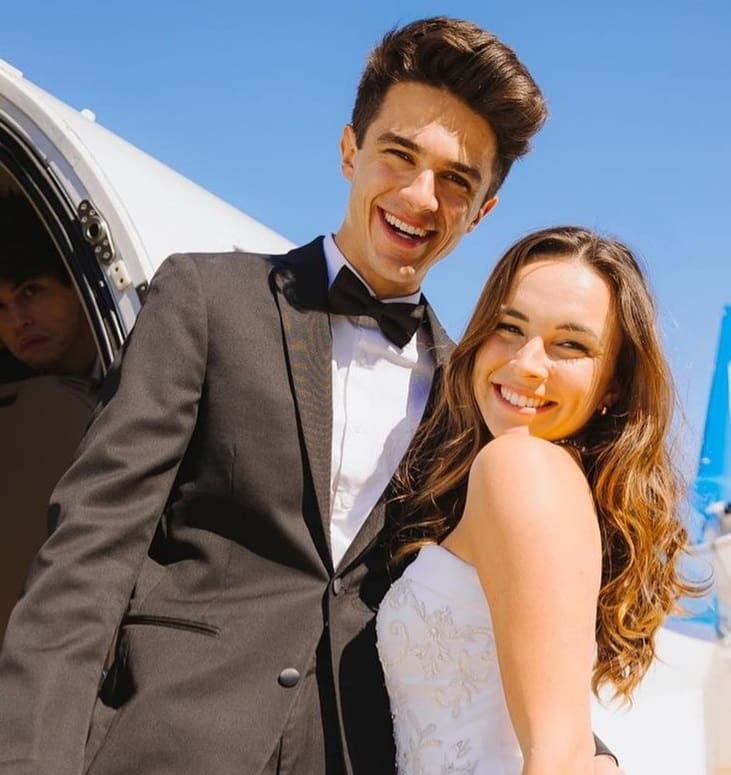 Pierson has appeared in several of Brent’s videos and opened up about their relationship.

The internet sensation is the son of John and Laura Rivera. The information about his parents’ profession is not known. However, they often featured his videos and photos on his social media profiles. 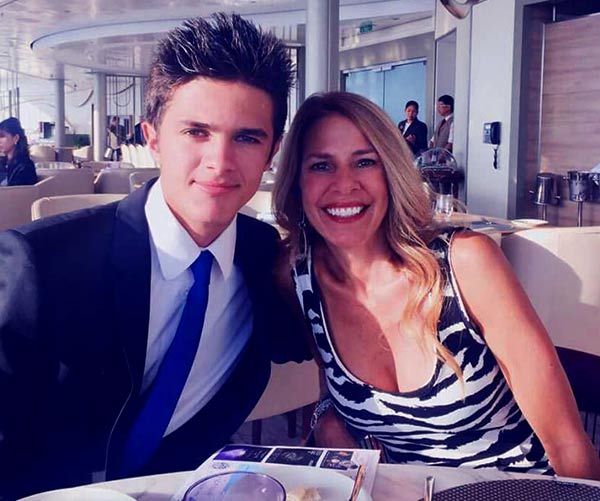 On April 14, 2019, the YouTuber uploaded a video titled ‘MY MOM GOES THROUGH MY PHONE (BAD IDEA) | Brent Rivera,’ which has over 6.9 million views to date. The video got 320k likes and has 4.5k dislikes, among his most

MrBrent98 has three siblings; Brice and Blake, and Lexi. He is the youngest among three brothers. His eldest brother Blake is not as famous as him but has been appeared in his many videos.

Rivera’s other brother Brice is famous on Instagram, where he has over 223k followers and 298 posts till now. He first gained popularity on Vine with over 160 followers. 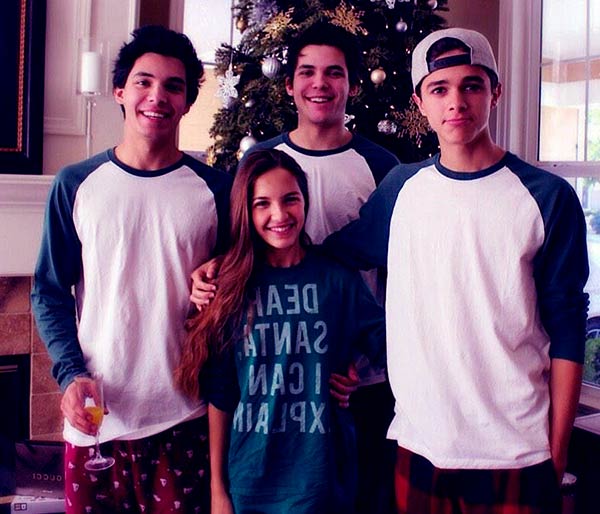 Lexi Rivera is the youngest among four children who is also a social media sensation like her brother. She is active as lexibrookerivera on Instagram with above 8.3 million followers. She posted her first picture on her Instagram on May 26, 2012. Interestingly, Brent is a friend of fellow YouTuber Cameron Dallas.

How old is Brent Rivera? His Age and Birthdate

Brent Austin Rivera came to this world on January 9, 1998. Born and raised in Huntington Beach, California, to American parents.

So what do you think his age is?

Brent Rivera is now 24 years old. He shared pictures of himself and his siblings in January 2019 on his Instagram. It was celebrating his 21st birthday, and he was in a celebratory mood with his family and his fans, who wished him a happy birthday.

During high school, he played roller hockey and ice hockey. His favorite subject is history, and the color is green, whereas, for fruit, it is strawberry.

Another fun fact about the YouTuber is that he doesn’t know how to whistle.

American-born social media personality Brent Rivera became popular from the six-minute video app Vine, in which he uploaded funny videos. He opened his vine account in 2013 and amassed over 8 million followers by the time it shut down in 2016.

Moreover, he has an account on YouTube, where he has more than 17.3 million subscribers and over 1.3 billion views. He uploads funny and crazy videos on his channel liked by millions of people worldwide.