Why did BatDad (Blake Wilson) and wife Jen Divorce? His net worth, Kids, Biography. 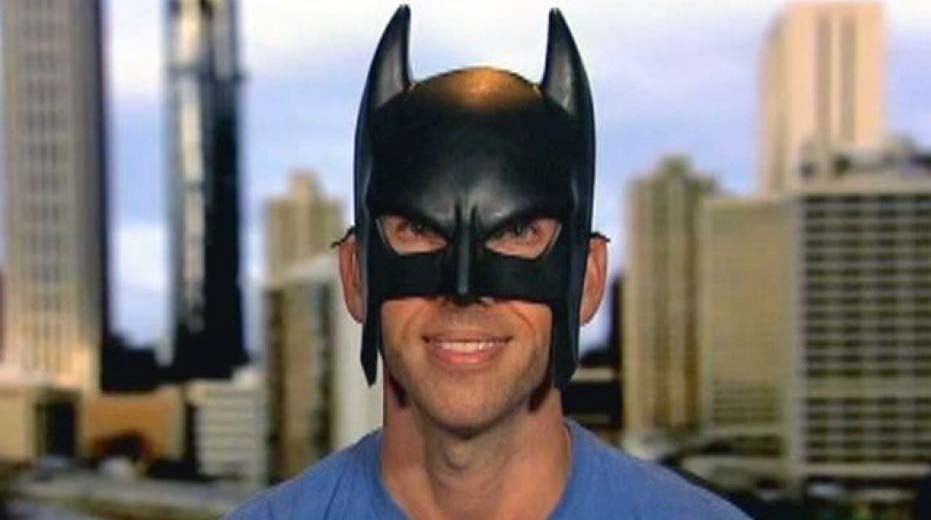 Do you know that you can become an internet star by having a Batman mask, a lovely family, and a mobile phone? Blake Wilson knows better. Mr. Wilson, also famously known as the BatDad, is the man who changed the everyday parenting circumstances into little jokes and created vines out of them.

Surprisingly, they went viral, and his character, BatDad, now has over 1 million followers and fans on the internet. Please scroll down to explore more about BatDad’s biography, net worth, relation with his wife Jen, and more.

BatDad is a famous American social-media influencer born on December 20th, 1983, in Georgia. He is renowned for making videos while he is dressed as Batman. Most of his videos are about him and his family, especially his children, trying to help them with their tasks, such as dressing up, going to school, and eating veggies while he amuses them in Batman attire.

He also likes to speak to them in a husky tone to appear more Batman. Initially, he started creating videos on Vine, but once the app was closed down, he moved on to open a YouTube channel, and now he has millions of views and followers.

BatDad and Jen’s Marriage Before Divorce.

The 38-year-old internet sensation had a wife called Jen. Together they once lived in Roswell, Georgia, with their four kids- Benjamin, Kaya, Sienna, and Taylor. They claimed that parenting was not an easy task unless you figured out a way to find the funny side of every issue that arises.

Teeth brushing, homework, and instilling good manners are some of the struggles that all parents go through while raising their children. All these things can be found in BatDad’s vines but in an exciting way.

According to BatDad, their parenting is not different from that of other parents, and that’s why many parents resonate with the small jokes they see on his Vine. He brought fun into tough things.

But, BatDad emphasized that he does not intend to teach any lesson; he does not give guides or parenting advice. His channel is nothing more than an exciting and safe source of entertainment for families, and if parents see it as a resourceful way to handle some situations they had, then that is awesome.

It presents a unique way of teaching lessons. Children can learn some simple and essential rules in life through jokes and not because a dad said.

Before we know how much Blake Wilson is worth, we need to check out his sources of income and how he got all his other money. In a recent interview. He purchased his mask in a regular shopping session, which only cost him $10, which, according to him, was the best cash he has ever spent.

Once he got his mask, the only thing that remained was the husky voice, a peaceful wife, and four beautiful children, as well as some inspiration to capture the most exciting family life moments. BatDad is a play in the house, and it is something that has become Wilson’s alter ego, who is the new member of life.

And it was through these videos Blake Wilson became a social media influencer. He has made most of his money from endorsement and advertisements, which he does through his different online pages. Currently, internet star BatDad has a net worth of $1 million.

Why did BatDad and Jen Divorce?

A famous quote says, behind every successful man, there is a woman. Well, the same was true for Blake Wilson right up until he split up from his wife, Jen. Eagle-eyed fans noticed that Jen had stopped featuring on BatDad’s social media platforms. Questions arose as to whether there was trouble in paradise.

The YouTuber confirmed that they separated after a fan had asked where Jen was. Blake Wilson did not give a reason why his marriage ended. However, from the look of things, it appears that it ended on good terms as the two continue to co-parent their children. Neither of them had a bad thing to say about the other.

The latest reports suggest that the YouTuber’s ex-wife Jen is focused on raising her kids right now. She is not dating now but just enjoying life as a single mother. Being separated from the 38-year old content creator also means that she has fallen out of the limelight. She no longer features on her ex-husband’s videos, as was the case when they were together. While they were together, she appeared in almost all of BatDad’s videos.

Blake Wilson had never envisioned getting into social media. However, the idea of BatDad came into his mind while on a family trip. Together with his wife, and the children, they had gone out for toys when he came across a “Batman” mask at a nearby store.

He bought the mask for only $10, and once he got into his car,  he started to make videos while wearing the mask. He immediately called himself BatDad, which became his career name. What began as a comedy later became a significant career. With this, he has garnered a lot of cash and a substantial online following.

He first published his videos on Vine on August 1st, 2013. He started posting videos where he wore the Batman mask while speaking in a husky voice and parenting his children at the same time.

This got the attention of millions of viewers from around the world and gained him famous—his parenting method while wearing BatDad’s attire later became a significant hit. Blake Wilson, however, never wanted to provide any parental advice to his viewers, but either way, he still went on to garner more than 3 million followers on Vine.

He started to post videos on his YouTube channel with the family as soon as Vine was closed. He created the track in September 2013. His first video was a compilation of all the videos he had uploaded on Vines. The account has grown to more than 13 million views, which is the highest. His YouTube account boasts more than 762 thousand subscribers.

He posts videos of his family in their car most of the time. Besides, he makes skits that are created in his house. He also sells signature gifts and clothing on his website teespring.com.